The repair crew headed out while the others divided themselves as they saw fit. Einarr went with Jorir – no surprise – but also Erik and Irding, Tyr, Troa, Fjorkar, Geiti, Odvir, and Boti. All good, reliable men who had been on the Vidofnir at least as long as Einarr had – well, with two exceptions – and yet he felt uneasy.

His lips pressed into a thin line, he looked over the faces of his team and nodded. “Let’s cut overland to the other shore. It should be faster than following the coast, which will leave more time for the actual hunt.”

They were hardly past the line where hardy scrub concealed the ground beyond the coast when Einarr regretted this decision. Rather than calling the beach where they’d landed a shore, it would be more apt to say it was just another massive sand bar. Beyond was brackish…

Stigander knitted his eyebrows at his son’s declaration. “Explain.”

“Those screams we heard? Those were the death-screams of their captain and a few others. Four warriors were quite literally frightened to death on their wreck. Others were torn apart on the beach while they prepared another raid on us. The restless dead walk this isle.”

Stigander nodded. “We expected as much, did we not?”

“Aye. We also expected the kalalintu to be not much of a threat, though.”

“So, what? We should cut our losses and go?”

“Even if we wanted to, we couldn’t,” Irding grumbled. “Vidofnir’s not ready to sail again.”

Einarr shook his head. “I wasn’t suggesting that, Father, although it might be the sensible course to take. But we have nine berths open, and another ship to fill besides. Not to mention what we’ll owe on that ship.”

Stigander pressed a hand to his forehead…

The screams of terror from off in the distance brought Einarr out of his half-doze immediately. Almost before he knew it he was back on his feet, pulling on his chain shirt and reaching for his sword.

He was not the only one. From all over the ship he saw bodies moving about. Stigander lit a torch and watched, his lips pursed. He didn’t try to stop them, though, only ordered caution. With grunts of assent, the fifteen who rousted themselves to investigate vaulted back out of the Vidofnir.

Stigander stopped Einarr a moment after he left the deck and thrust a torch into his hand. “You’ll want this. You have a spare?”

Stigander nodded and stepped back from the railing as Einarr dropped to the sand below.

When they arrived, silence reigned. The freeboaters’ ship could have been just another derelict on the shore. Einarr… 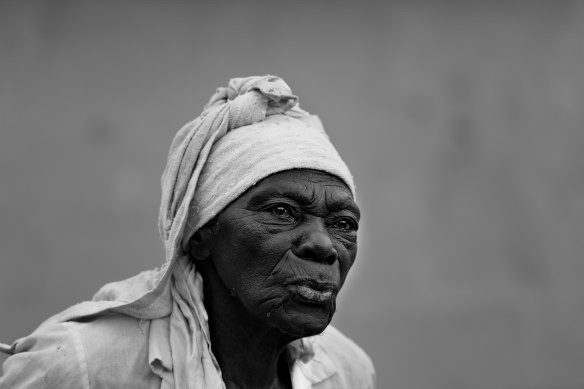 Soft is not my middle name

But I know to respect tradition

Being on my knees for the elders

Is my tradition not weakness.

I will not look you in the eye

If you wish to speak to me

And that is respect not disrespect

Imitating the women of my life;

I am Africa’s daughter

Not goods for trade;

Dare not place a price tag on me

In exchange for my hand in Marriage

Once I am married,

Pressure me not to bare

A “village” for the clan

I am only human

Only blessed to be

For many African women who still suffer under the pressure of tradition.

Einarr and Jorir carried their findings somewhat awkwardly between the two of them, Jorir’s reduced height more than offsetting his greater strength. A pair of small piles was already building on the sandy shore near where Stigander, Bardr, and Reki observed. The pieces of timber they dumped in the pile that would be used to build the pyre, but rather than add the trunk wholesale to the (much smaller) pile of offerings they trundled it over to present to the commanders.

“Father. You and Reki should see this.”

“Oh?” An eyebrow quirked in curiosity, Stigander took a rolling step forward. Reki glided up behind.

With a flourish, Einarr flung open the lid of the trunk to reveal the instruments. If he hadn’t found them himself, he’d never have guessed they had been moldering in a chest on the beach long enough to be buried. Reki raised pale hands to her…

The quick man had at the end not been quick enough, and the enemy leader wasted a precious moment in shock. The first man still stared in horror at the blade protruding from his chest when Arring lunged past him and the blade of his axe took off the enemy leader’s arm at the elbow.

“It’s not too late to retreat,” he growled. The other man’s answer was to let his ally slide from the blade, but his face had gone pale.

“Have it your way.” Arring brought his back foot forward and kicked, hard. The enemy leader went flying again, even as the crack of bone said his chest was caved in. Tveir.

Now he turned. Snorli faced three men, but after Arring he was the man on watch best equipped to deal with that. Haki, though, looked like he might be in some trouble. The man stood…

The chatter of kalalintu from above rattled Einarr’s nerves. They were starting to feint at diving, trying to keep their prey from escaping, nudging them ever closer to the ledge. Not good. “Henir!”

The blond man snapped his head around and Einarr tossed his bow back to him. The archer wasted no time nocking another arrow. He studied the sky, looking for a promising target.

The others had woken up by now. Some of them stuffed their ears, just in case one of the creatures began to sing again. Everyone drew arms.

Another kalalintu dived for the Vidofnings, and Henir took the shot. His arrow caught its shoulder and the wing collapsed, sending the creature tumbling to the ground where the rest of the crew could make short work of it.

Arrows soared. More found their marks than not, based on the furor above, but it hardly seemed enough. Einarr…

“What’s this?” Erik paused to look back at Einarr.

“Stop and listen a minute. Hear that?”

After a moment, a growl came from low in Erik’s throat. “Better us than the repair crew.”

Einarr nodded and pushed forward. Father and Bardr, at least, needed to know, and the rest probably should as well. Jorir, at minimum. Everyone whose attention he caught he gestured at his ear. Listen.

Stigander was near the front of the group, paused near a somewhat less rotted-looking ship than most of the others on this section of beach.

“Father,” Einarr said from behind the man’s shoulder. When Stigander’s only response was a turned head and a raised eyebrow, he continued. “We’re approaching the kalalintu flock.”

Stigander nodded. “Spread the word that every man is to have his cotton balls to hand.”

“Once you’re done, get back up here…

From where Einarr stood he saw nothing but mist and ocean and the bones of ships. “What happened?”

Sivid’s head popped over the railing from above. “Those freeboaters following us seem to have missed a turn.”

“Pretty sure. Cap’ and Bardr are ‘discussing’ sending aid.”

“What’s there to discuss? Of course we should help them out.”

“And if they’re hostile?”

“We’ll teach them a lesson, of course.”

Sivid laughed and his head disappeared back behind the ship. “Looks like the Captain won that one. We’re coming down!”

Their shadow had been rather unceremoniously dumped aground a good half-mile down the coast from where the Vidofnir had made landfall, a good hundred feet out from shore but, for the moment, at least mostly connected by a series of sandbars. Whether that would last with the changing of the tide remained to be seen.

“Port side, push off! Starboard, brace and pole forward!”

The grinding sound continued and the Vidofnir began to slow. The sail fluttered disconsolately as the tailwind faded away.

“Put your backs into it!” Stigander added his weight to one of the starboard oars before the order was fully out of his mouth.

Einarr stowed his bow and jumped on to one of the port side oars. The fog was growing thicker with every moment.

The first notes of Reki’s song floated out over the Vidofnir, clear and low, and Einarr felt his arms warm and the fatigue of rowing begin to melt away. “Heave!”

More men joined on the oars. He could hear the creaking of wood from a second ship, now, even over the grunts of exertion from the Vidofnings. There was no going back at this point, not with someone else blocking the channel behind them.