For two weeks the ships pressed on, following the last path the Skudbrun had for the storm and hoping it was the same storm the Vidofnir had followed and certain that it would only dissipate when those who rode its winds willed it.

Even the last known path of the storm, however, was nearly a week old by the time they put out to sea. Every available hand was put on watch duty, searching for storm or sign of land. Even when Einarr was not on watch duty he watched, however. What else was he supposed to do? Even still he could not escape a growing sense of unease and listlessness.

Finally, three weeks out from Mikilgata, Stigander realized they were nearing Langavik and called a detour. Perhaps, with a little luck, someone there would have news for them.

It was the first spot of good news Einarr had heard… 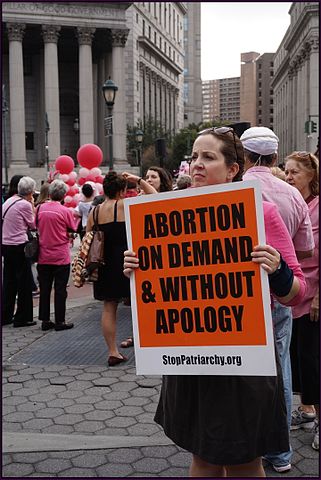 In an article from the Journal of Christian Legal Thought titled “The New Dignity”, Roberta Ahmanson makes this stark observation:

Underlying all these events, as Ahmanson points out, is a radical change in our culture’s understanding of human dignity.

Professor Emeritus George Kateb of Princeton describes this new view of dignity as grounded in man’s ability to defy nature, to go beyond natural limitations and recreate himself.  That runs counter to the inalienable quality with which the Declaration of Independence described us as being “endowed by our Creator”.

“The grand difference between a human being and a Supreme being is precisely this: Apart from God I cannot exist; apart from me God does exist. God does not need me in order for Him to be. I do need God in order for me to be. We are dependent. We are fragile. This is how we differ from God.”

When the Vidofnings gathered for supper that evening, they were joined by the greatest part of the Skudbrun’s crew – all of both ships, in fact, save those left to keep watch. In the Wandering Warrior that night, an air of confusion quickly turned to the sort of friendly banter they had all enjoyed the previous winter.

At some point in the middle of the first round of drinks, Stigander and Kragnir stood on a table near the center of the room and called for attention.

“Gentlemen!” Stigander began. “It is with great pleasure that I see the friendship between our two crews is undiminished after this last spring. It gives me great hope for the success of our coming mission… which I’m afraid is nowhere nearly so happy as our reunion tonight. So, first, a toast to one another’s health.”

The cheer that went up around the room…

When the Vidofnir had emerged from the narrow fjord that served as a gateway to the ship-barrow, someone spotted the black storm clouds that had washed over the island on the southeastern horizon. The sail was unfurled and they gave chase, building speed faster than wind alone with the oars. For three weeks they chased the storm this way, always headed vaguely southeast and ever more convinced that the storm itself was unnatural. Chased, but never gained. In the middle of the third week, Snorli approached the Captain and Mate.

“We must put in to port soon, sirs. We’ve a week’s worth of water and mead left, at best.” They could live off of fish for so long as they had water, but once that was gone…

Reluctantly, Stigander agreed and the order was given to make for Mikilgata Harbor, not many days west of them in territory nominally held…

We continue our investigation of the cultural changes taking place in the world around us.  These carry many labels:  political correctness, intersectionality, neo-paganism, cultural Marxism, and social justice religion.

Thaddeus Williams in “A New Theocracy” has this to say about them:

“God…designed us to run and thrive on meaning.  We are wired for objective, not subjective, Creator-formed, not creature-fabricated, transcendent and God-centered, not transient and self-oriented meaning…Deprive a culture of transcendent meaning long enough and that culture will take to politics with the ferocity of an absolutist religious fanatic [1].”

Williams points out that the young men in post-WWI Germany who ultimately chose to follow Adolf Hitler were not searching for ideas, but personal meaning.  They were drawn toward violence; they thrived on hostility against Jews, Communists, gypsies, and homosexuals.

When you love me in many little ways,

Every time I notice.

At times a kiss on my forehead

I do notice my love.

A joke tossed out to win my smile

At times a whisper to flatter my heart

I notice that too.

I would like over the next few weeks to discuss several articles from the Journal of Christian Legal Thought.  These address the profound cultural changes we see taking place around us, and the threats those changes pose – both to Christianity and humanity at large.

“…who exchanged the truth of God for the lie, and worshiped and served the creature rather than the Creator…” (1 Rom. 25).

“Drag has always served a purpose…We mock identity…We show people we’re shape shifters.   We are God in drag.  That’s our role — is to remind people of that.”

We begin with an article by Thaddeus Williams titled “A New Theocracy” [1].  Williams examines a secular theology which is rapidly gaining ground.  He terms this Contemporary Western Creation Worship…

The passing of the storm took with it the ever-present gray of the sky of the ships’ graveyard. If there was one advantage they had on the trip out that they had lacked on the way in, it was the lack of fog – at least for the moment. If there was a second, it was the knowledge that there were no more kalalintu on the island. Still, these were small mercies at best, and the sharpest eyes on the crew had one task: spotting. Everyone else took their turn at the oars, shoving off of submerged sand bars to the calls of the spotters.

Einarr was not among those set to spotting. The foresight spoken of by the Oracle and the foresight required for that task were very different things and so he, too, was among those whose prime task was “hurry up and wait.”

Not that this was…