Book six of The Adventures of Einarr Stigandersen, Einarr and the Isle of the Forgotten, is now available for pre-order… Read more

Author’s note: This marks the end of Book 11, if you hadn’t already guessed. Book 12 will pick up near the end of the honeymoon on 3/23/2021. (Fun fact: this is literally where the term ‘honeymoon’ comes from. The newlyweds were expected to drink mead all through their first month of marriage, as it was thought to increase fertility.)

The wedding was set for three days after Einarr and the Heidrun limped back into port, which meant that they were not, precisely, late. They had, however, called it entirely too close for comfort. The first day, the day they arrived, they were welcomed home with feasting and music, and everyone aboard the Heidrun ended up telling tales of their adventure – everyone, that is, except for Finn, Read more…

Do read the linked sources! 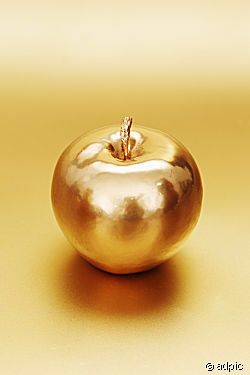 By the time of the American Revolution, 7 of the original 13 colonies had abolished slavery through the efforts of Quakers, Methodists, and other Christian denominations.

The practice of slavery clearly ran counter to the principle of liberty, but slavery as an institution was not viewed as unconstitutional prior to the Civil War.

Abraham Lincoln respected the Constitution, but recognized this inherent contradiction.

As Lincoln knew, the Constitution does not exist merely for its own sake, as though it were only a set of procedural rules.  It is intended to preserve the principle of liberty for all [1].

As dawn broke the Heidrun limped into a tiny cove on an equally tiny island not far from the treacherous Blávík so that she could be properly inspected for damage after their rather hasty departure.

A cursory inspection under the deck boards confirmed that she was not taking on water – even slowly. It was as dry as when they’d loaded her, although a number of the water casks had been tumbled about by the jolt and had to be reset while Finn went for a swim. Read more…

A flurry of motion aboard the Heidrun followed Einarr’s answer. The sail was unfurled and the men at oars began once more to row. It was a beautiful sight to behold, and if Einarr had to meet his end here, he could do so proudly.

He had no desire to actually do so, of course, but this was a particularly tight pinch they were in. Would it have been better to resort to trickery, pretend to surrender? Read more …

Some of the ambushers carried torches with them: the light in the square was now enough that Einarr could see just how badly Finn had been beaten.

One of his eyes was swollen shut, and the other was crusted with dried blood from a head wound. A rope bound Finn’s wrists too tightly, and he dangled from the stocks like a side of meat. Read more…

Einarr swore, too, right alongside Naudrek. Here they were, stuck in an unfriendly port on a tight schedule, and some so-called League decides to snatch one of his men? Leaving Finn behind was out of the question, but at the same time Einarr could not afford to do this the quiet way. Read more…